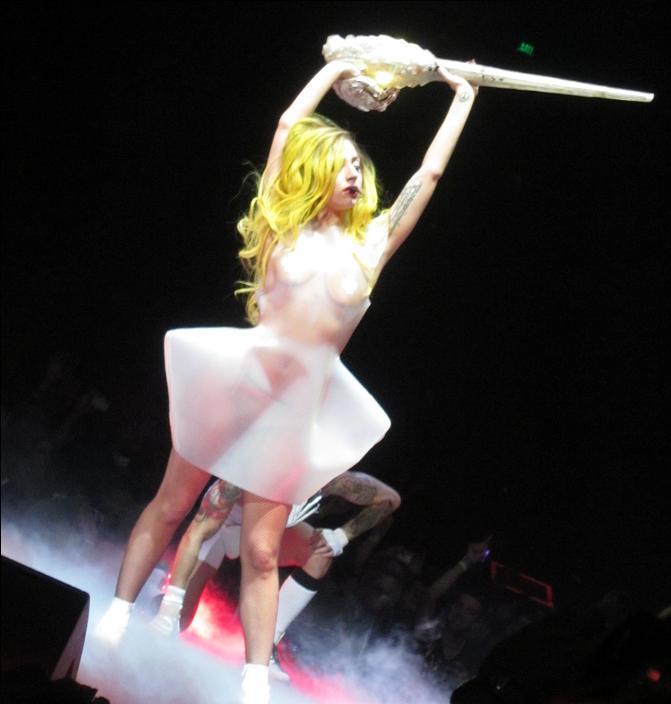 Basically…. it was AMAZING. It was so much fun, and she completely blew me away. Not only was the show entertaining, but so were the fans! I could not stop looking at all the crazy costumes people had wore. Some you could even tell were handmade! It felt like Halloween all over again haha. Every outfit has worn in the past was displayed. People were half-naked, guys and girls. There was this one guy with devil horns, no shirt (but two black X’s covering his nips), black briefs, black tights, and red stilettos who was LOVING all the attention he was getting; he was cracking me up.

You can tell really appreciates all of her fans. She was picking up and reading all of the stuff being thrown on stage by her fans. Then, she called a random number from the audience and invited them to join her backstage after the show, I was so jealous.

Trae and I were on the floor, RIGHT next to the stage! When I had asked Trae months ago where we were sitting, he said that we were somewhere below the nosebleed section and I said, “Okay cool, I’m going to bring my binoculars.” As we got to the venue, Trae was taking me everywhere looking for our seats and I was getting frustrated because I wanted to sit down haha. Then we go through the general admission entrance and I was like, “where are we going?!” and he said, “surprise!” haha I was so caught off guard! I started squealing from excitement, I couldn’t believe we were going to be so close! Trae told me he was surprised I didn’t notice on the ticket where it said “General Admission” when I asked to look at them when he had first got them. I felt so dumb 😛 Oh well!

has so much talent and I would definitely love to see her show again!

Here are some of my other favorite pictures of the night. 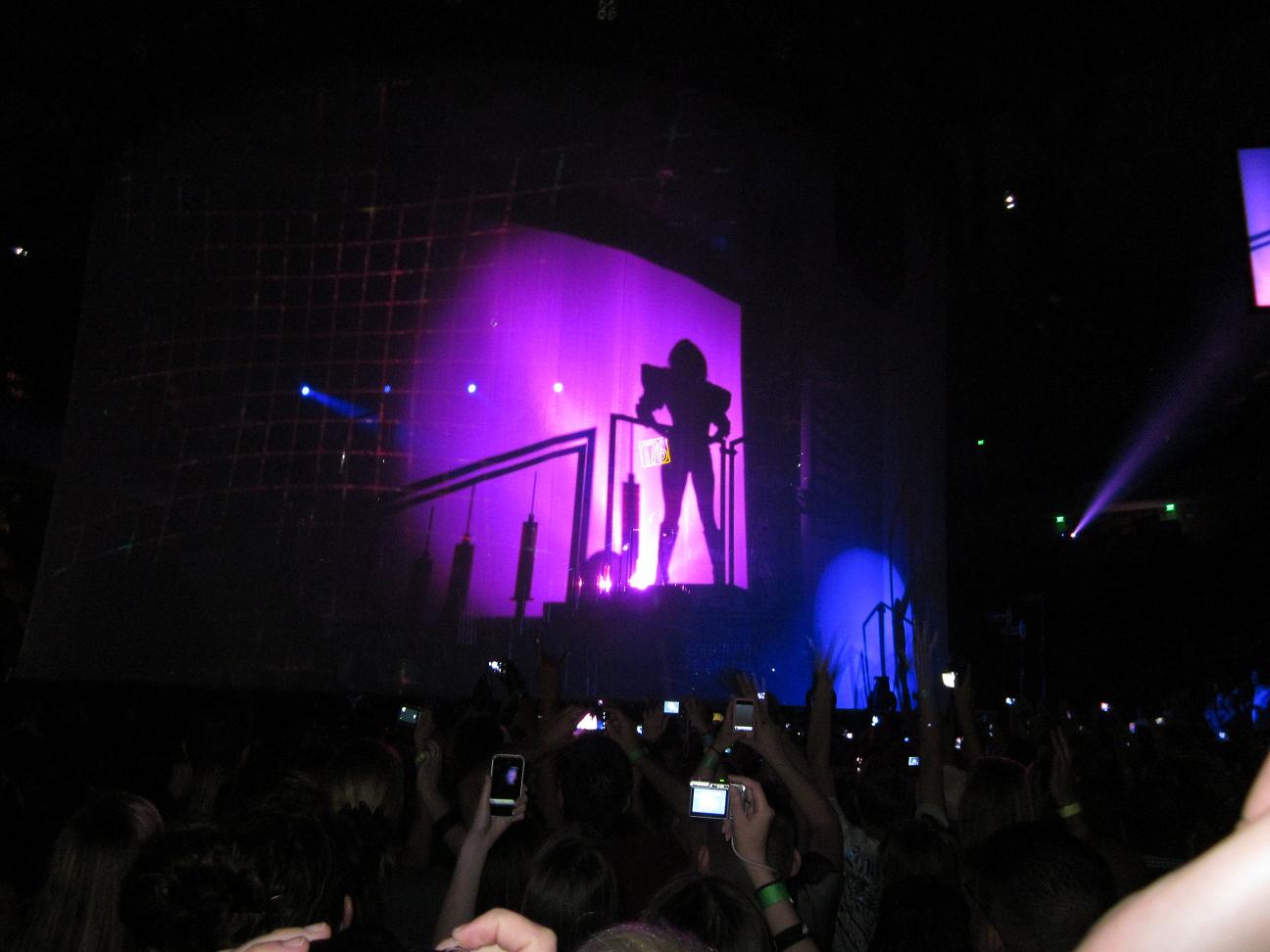 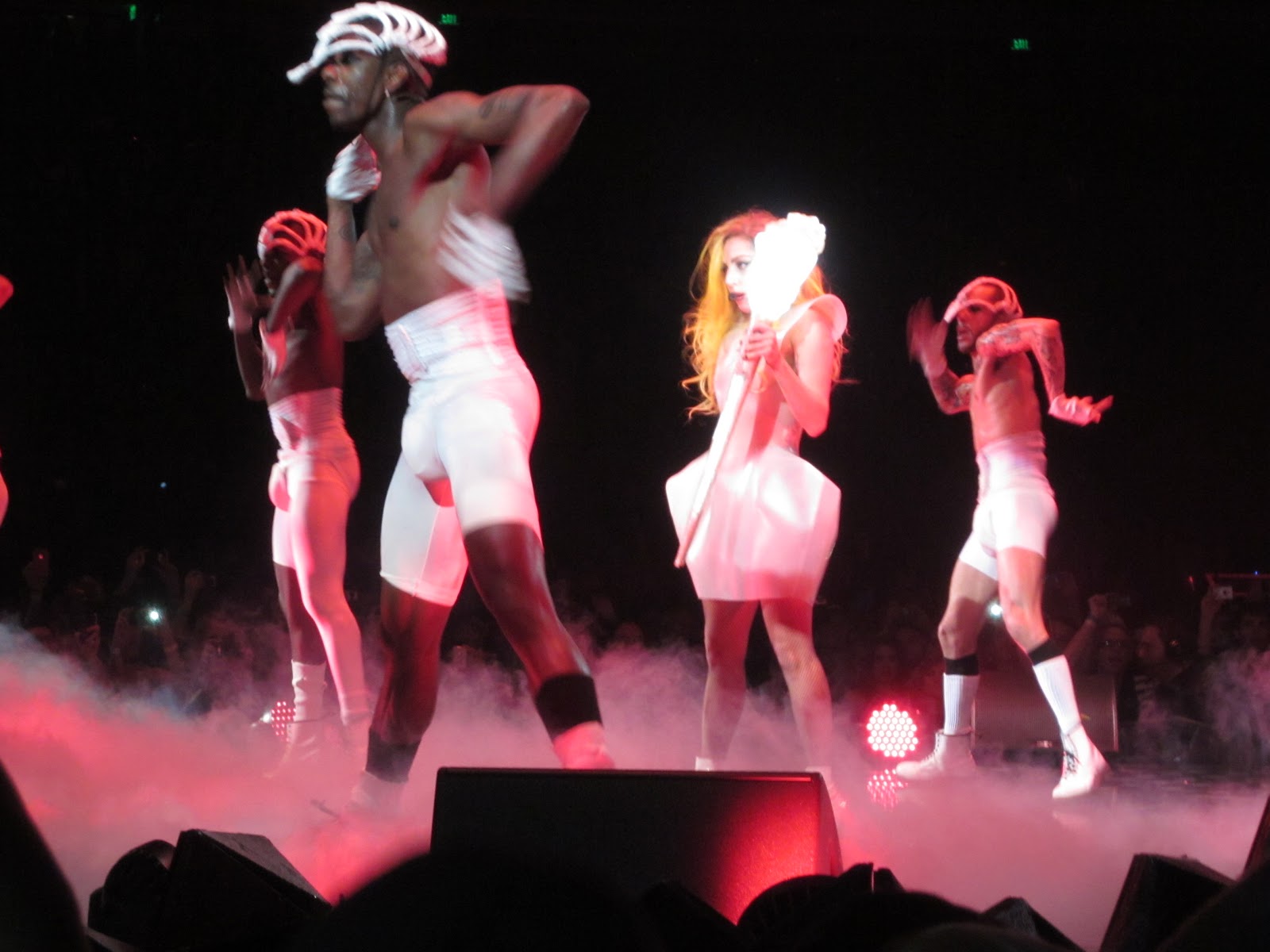 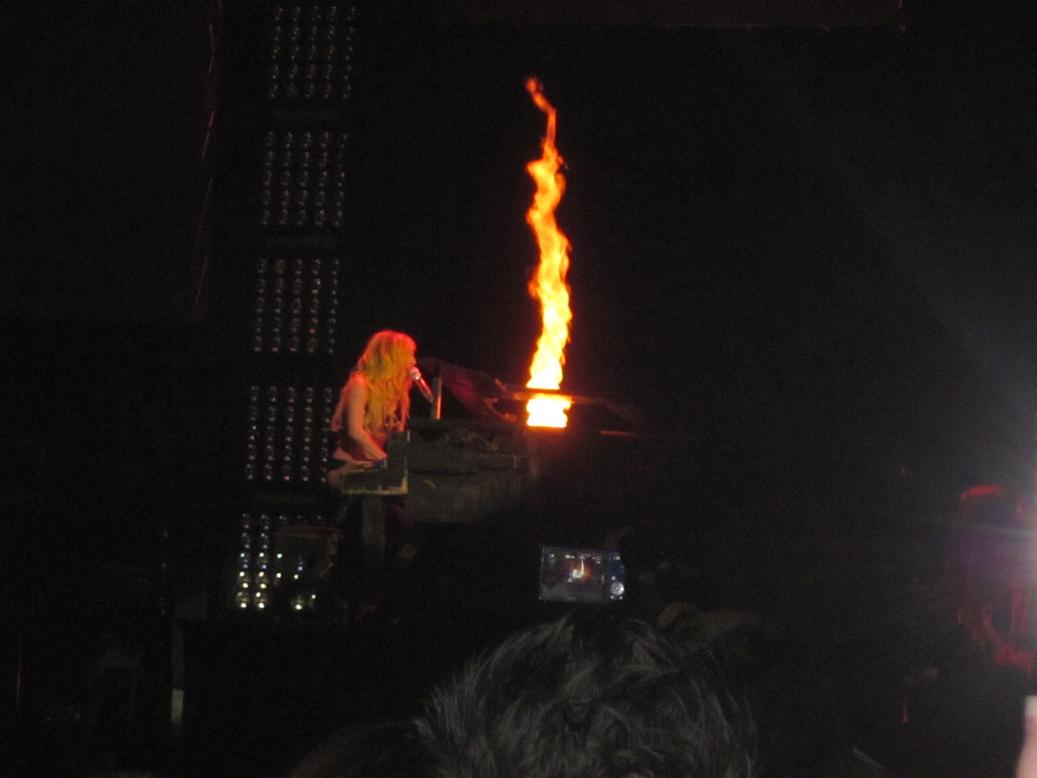 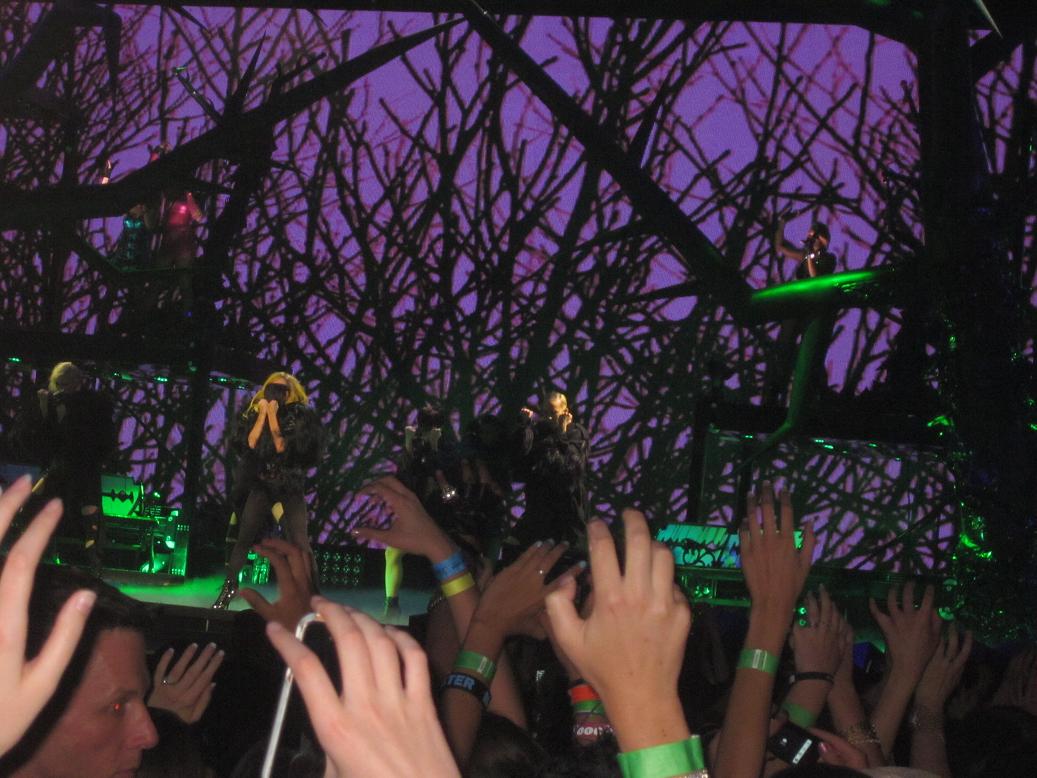 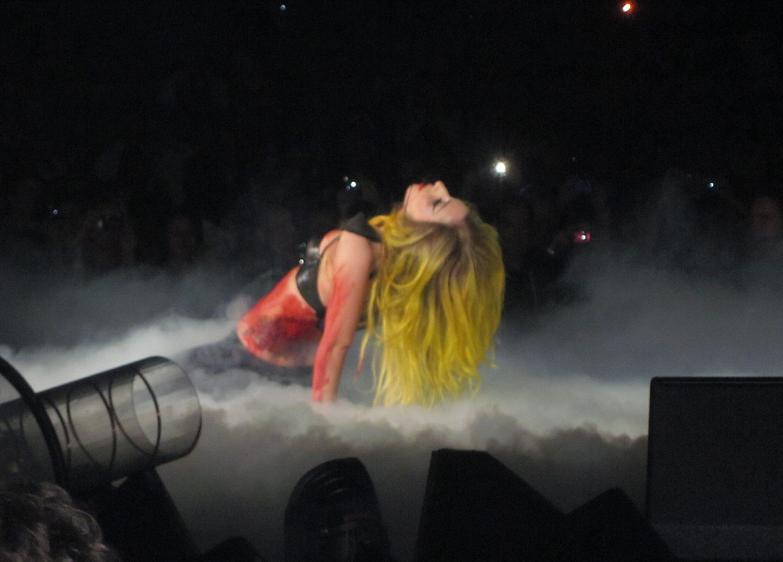 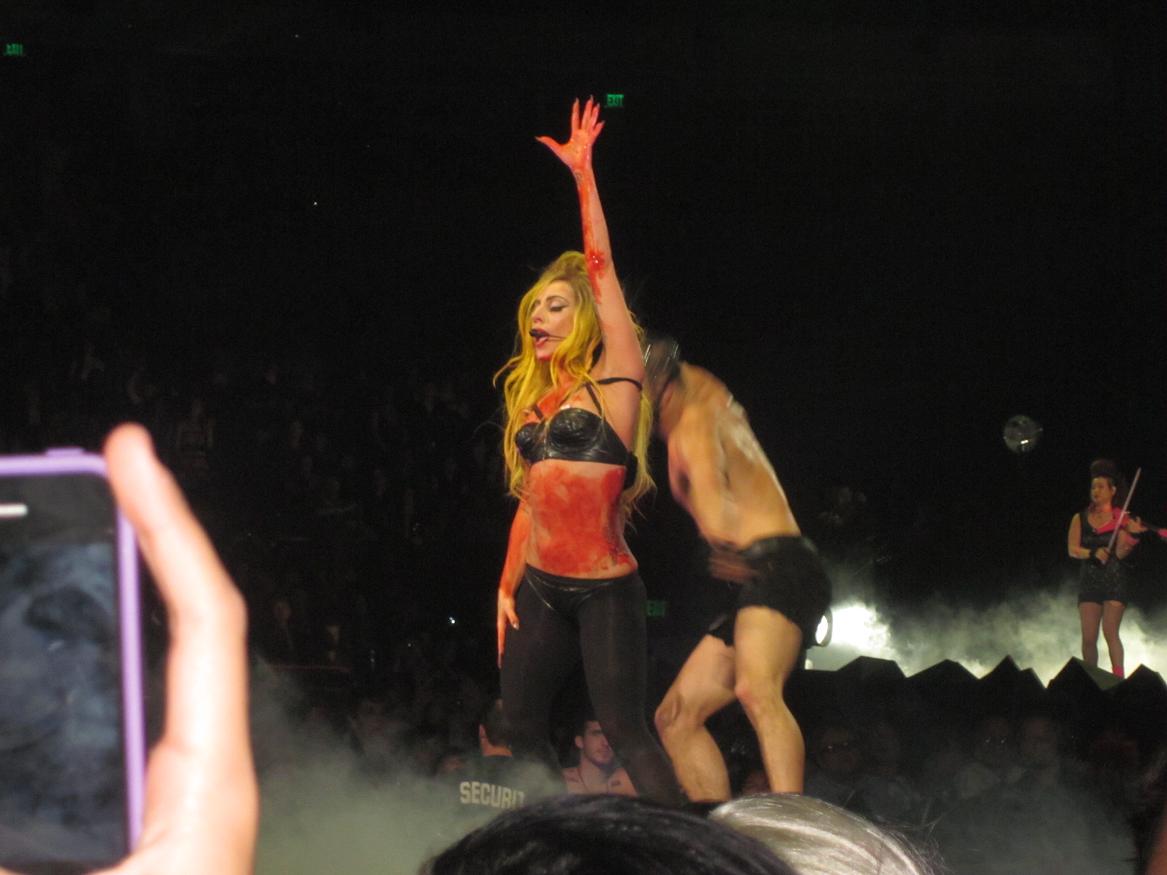 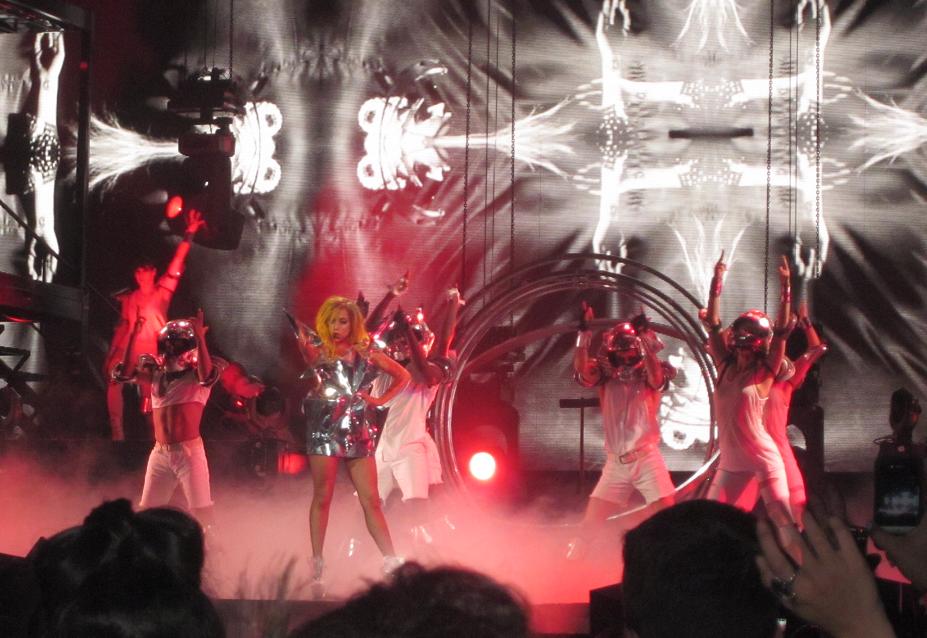 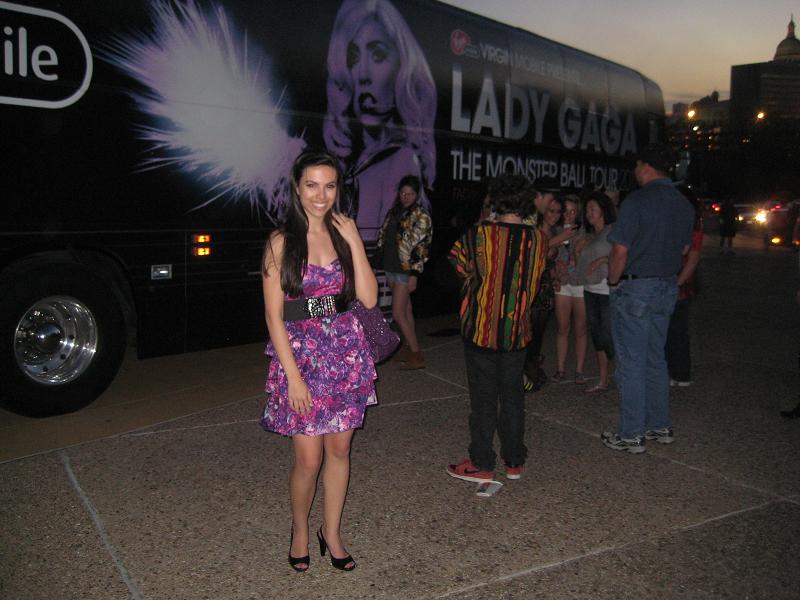 I wish I could have wrote about the concert yesterday, but Thursdays I start school at 8:30 AM and I don’t get home until close to 6:00. So right when I get home Trae wanted to go to Pluckers (a wing bar), THEN after that I went to a restaurant called Eddie V’s for dessert with my roomie and my future roomie. It was nice; there was a jazz band playing that sounded really good. Then, some old guy kept coming by our table commenting on Gianna’s dress and how pretty she was (basically being a creeper). He finally made her get up and dance with him, and she was mortified. It was awesome. I took a picture haha. 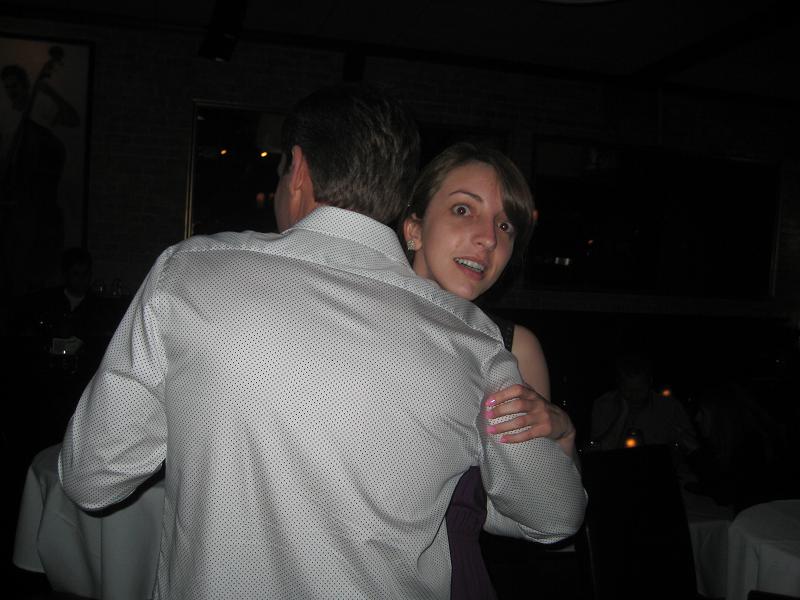 “I never have nor will I ever make my fans pay to hear some blonde bitch lip sync.”
– Lady Gaga