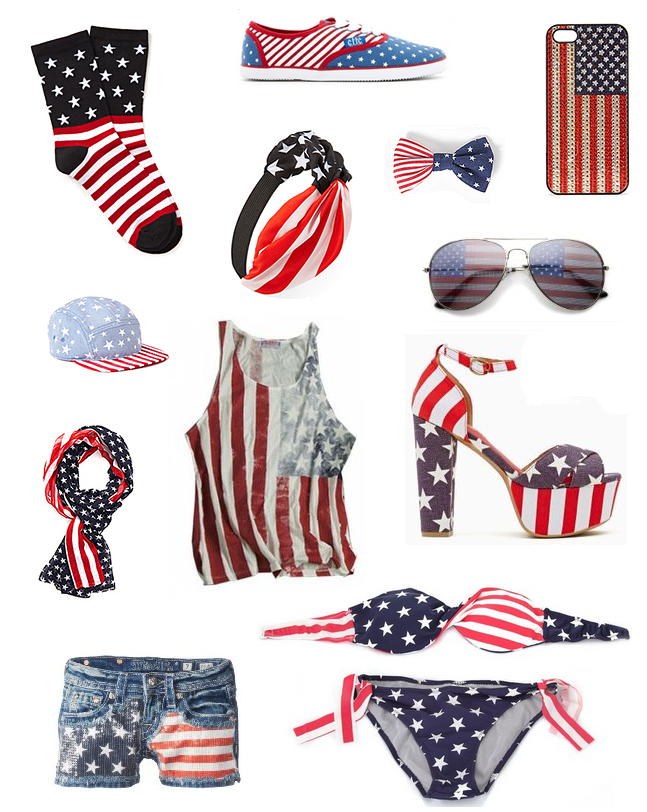 It’s officially the month of July which means we only have half the year of 2014 left! Geez, 6 months went by so fast. I feel like it was just yesterday that I was writing my goals for the new year. Weird. But now that July is here, it’s time to break out the red, white, and blue! I don’t really need an excuse to wear my American flag print clothing, but July is obviously the best month for it. Anyone have any fun July 4th plans? I plan on stuffing my face with hot dogs and ice cream (I’m sure I’ll find time to squeeze in some firework-watching as well). What’s more American than that?