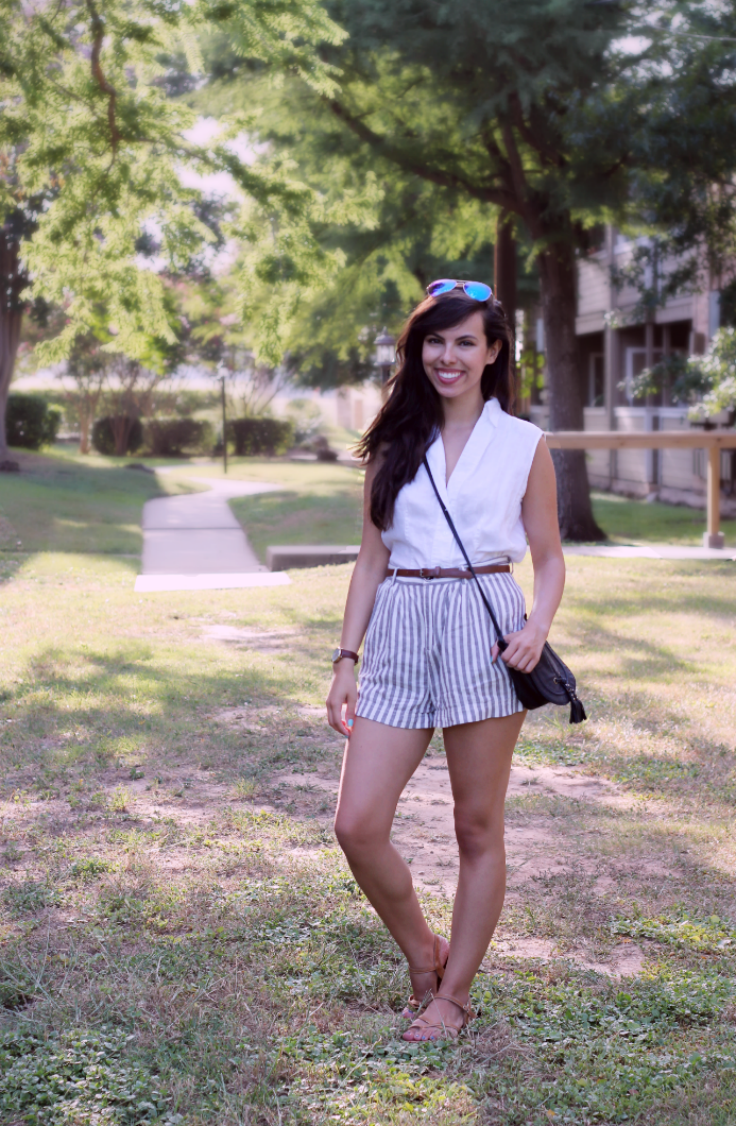 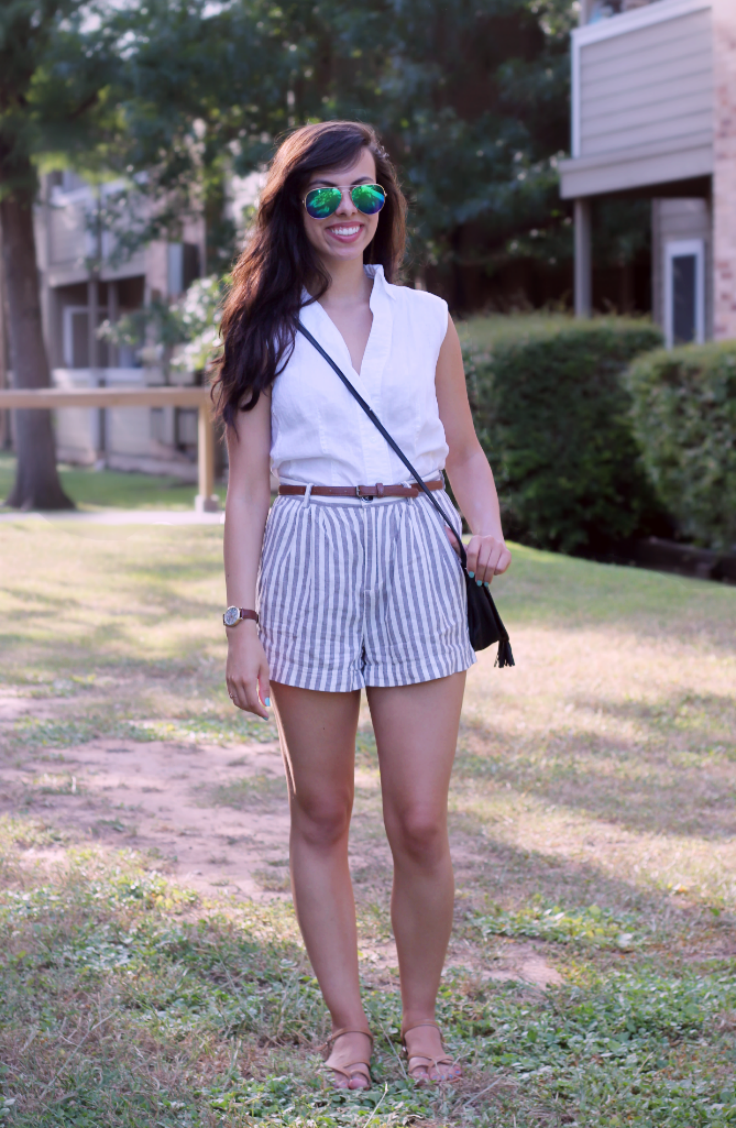 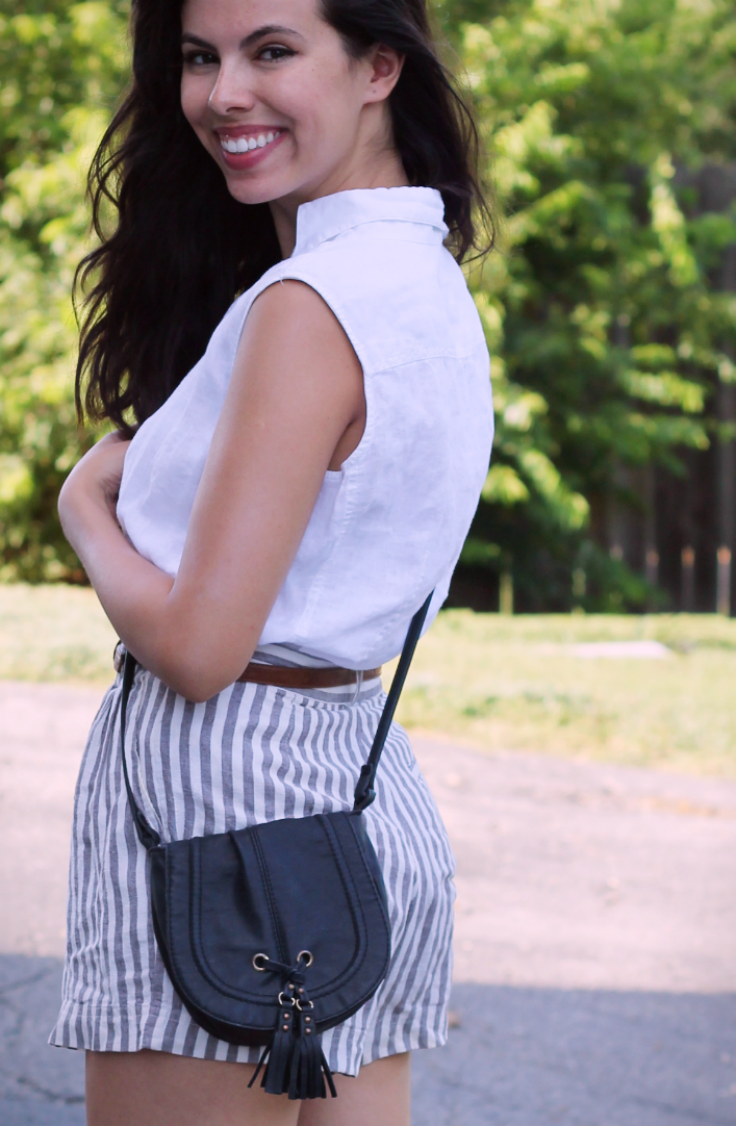 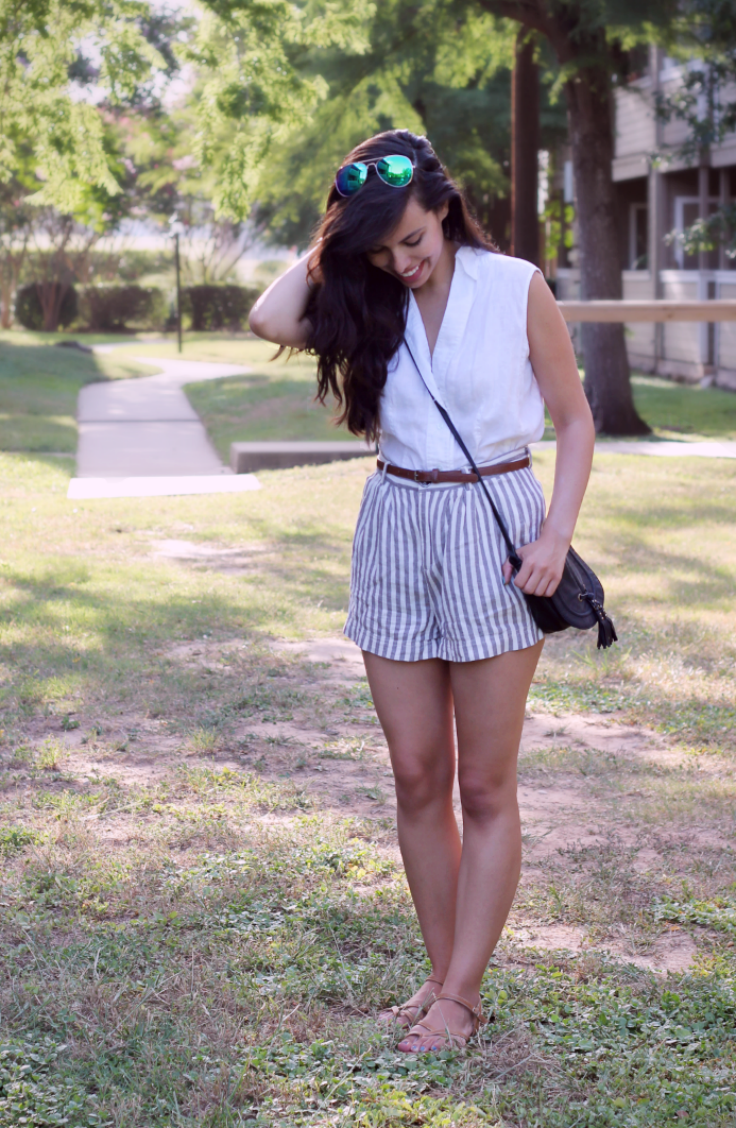 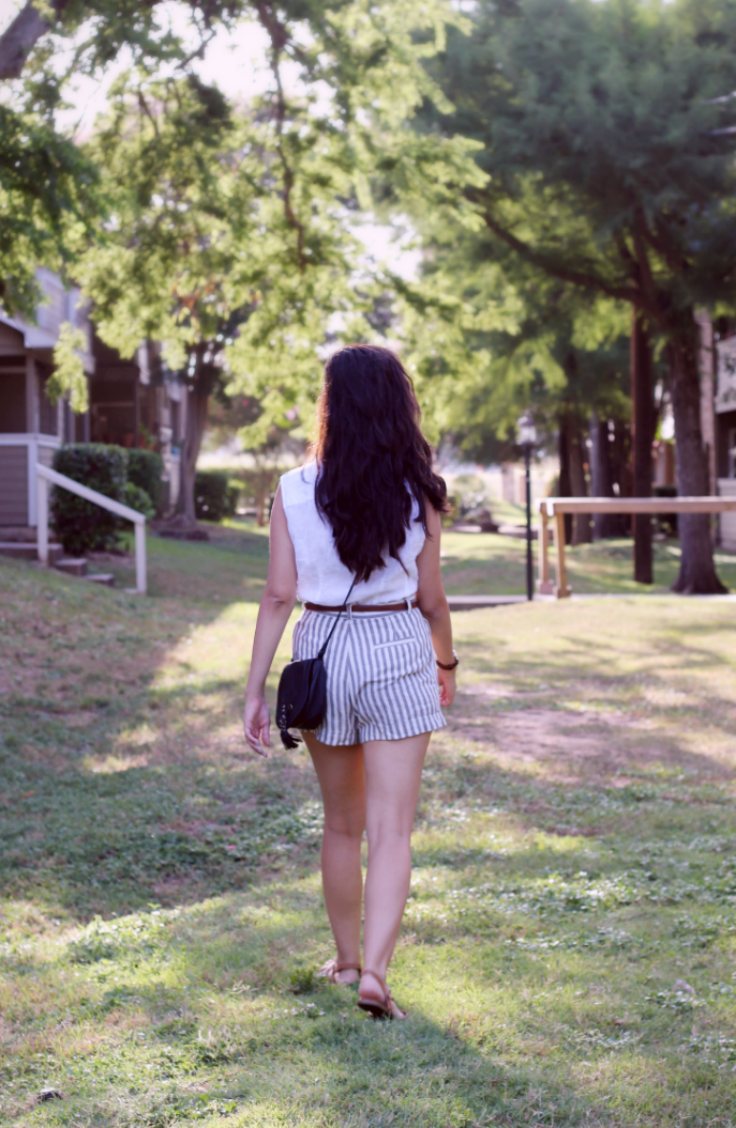 I wore this when my roommate and I decided to make the venture out and try a new local coffee shop (which also sells craft beer. And pizza. And tacos. Basically everything hipster dreams are made of) that had recently opened up just around the corner from us. She came out in an all-white dress, and I this. I told her that it looked like we were heading to a party in the Hamptons, to which she replied that I would be “wearing the pants” if that ever happened. Whatever that means… (??)

Of course, I know nothing about the Hamptons as I have never been, but TV shows’ depictions have led me to believe that everyone there wears white and maybe beige if they’re feeling adventurous. Again, I don’t know. If I wore this to one of those parties I’m sure I’d be kicked out on site just for having an outfit that cost less than $30 altogether. Why is there no fancy destination for bargain shoppers? Someone should get on that.