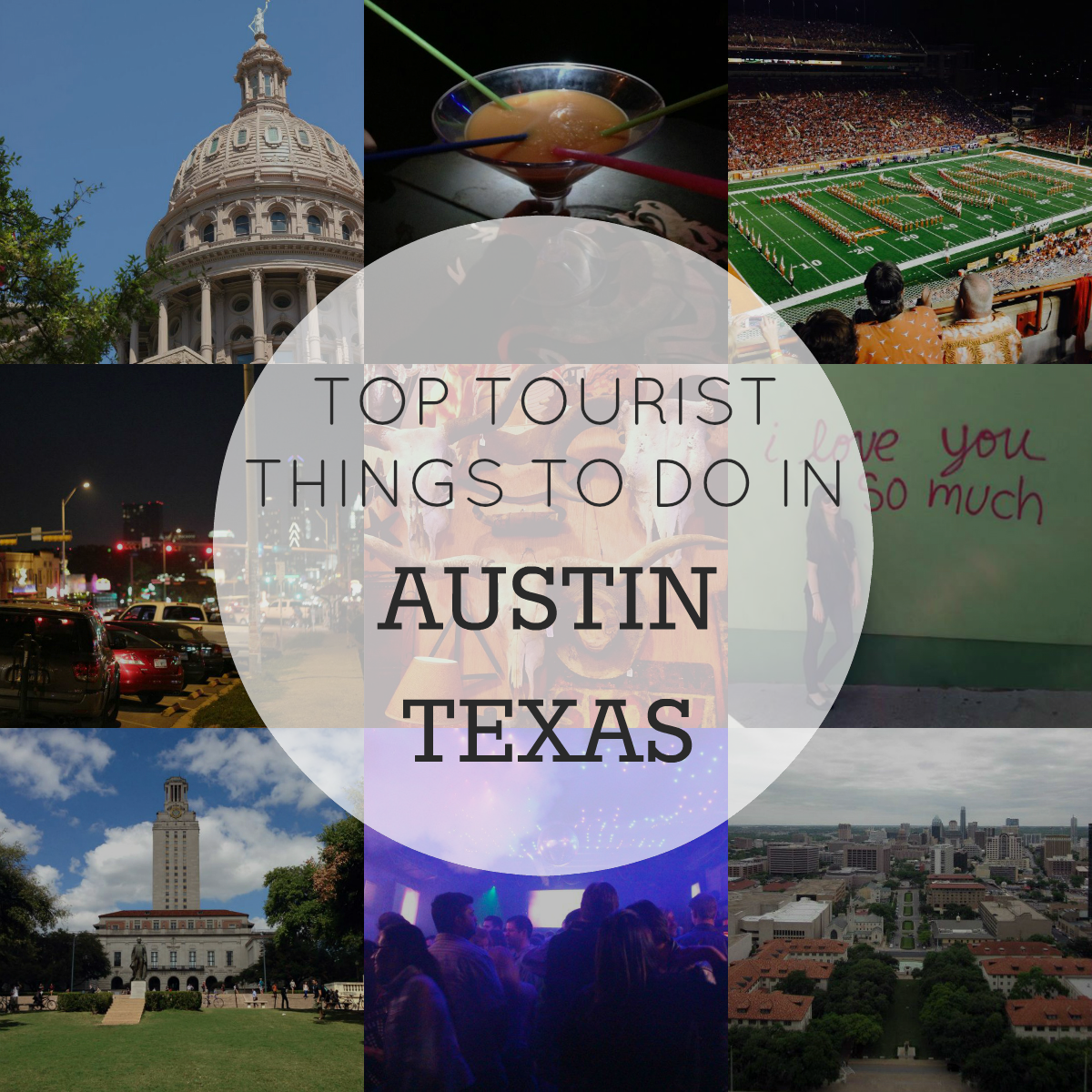 I get asked a lot by people who plan to visit, “What should we do while we’re there?” And well, there’s so much you can do!

But in most cases, people who are only visiting for a few days and have never seen Austin before mainly just wanna know the basics, so I’m here to share with y’all the top tourist things to do in the city!

These are the parts of Austin that we are most known for and are also the most photographed if you were to look up “Austin” in a Google search.

Hopefully this short guide will help you if you ever plan to visit!

1. Take a tour of the state Capitol 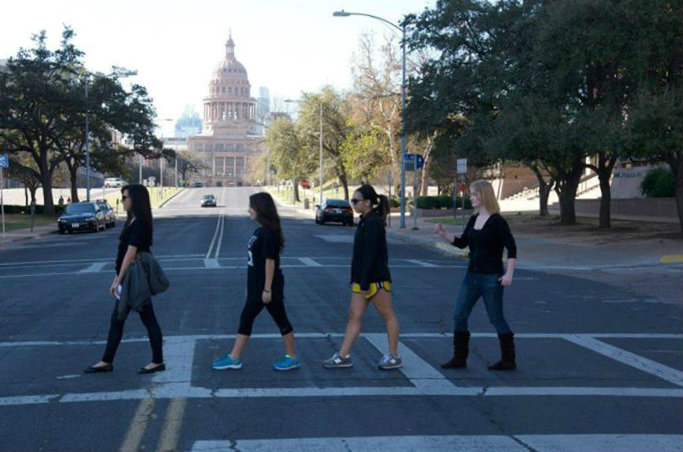 I went on a tour of the Capitol while I was still in college, and it was actually pretty cool! You get to learn all about the building’s history and visit the halls where actual bills are passed/discussed and what not.

I love old buildings in Austin, and the Capitol was completed in 1888 making it one of the oldest. On this tour I also found out that our capitol is the largest in gross square footage of all the state capitols and is the second biggest after the U.S. capitol in Washington, D.C. Cool, right?

The acres around the Capitol are also great for walking around, snapping photos, and relaxing beneath the shady trees. One time my friends and I bought some lunch at a nearby Chipotle, took it to the front lawn of the Capitol and just people-watched, I loved it.

While you’re there you’ll also see a few monuments scattered around outside to commemorate heroes of the Alamo, volunteer firemen and Confederate soldiers.

Do you think you could find them all?

2. Visit the University of Texas 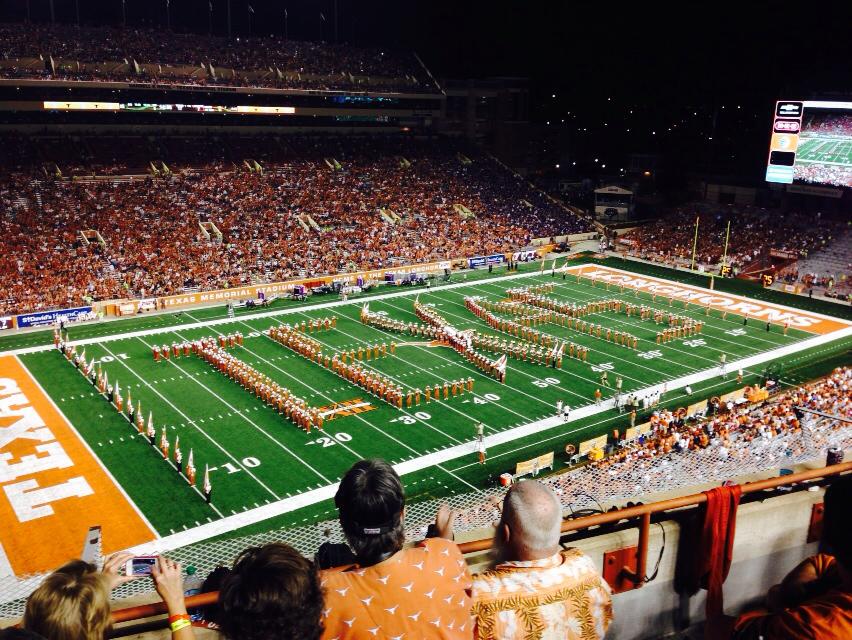 I swear I’m not being biased with this one just because I went to college here.

But the University of Texas really is a huge part of Austin (and Texas in general) especially since a big part of the city’s population are the students, or ex-students like me who never wanted to go back home, haha.

The best time to visit would definitely be in the fall when football season has begun and school spirit is in full swing (and you won’t be stuck walking around in the summer death heat).

If you have the opportunity to go to a football game, even if you’re just in the nosebleed section, do it. They’re so much fun!

If you can’t afford that then at least check out the tailgate parties beforehand (happening literally all over the the campus), some of which will even be playing the game to watch.

Another cool thing I’d recommend doing is taking a tour of the school’s tower where they give you a brief history of the building and then take you to the top to explore and take photos. The top of the tower has one of the best views of Austin! The front lawn in front of the tower is also a great place to relax and enjoy the scenery. Plus, the Capitol is only a short walk away!

3. Eat and explore on South Congress 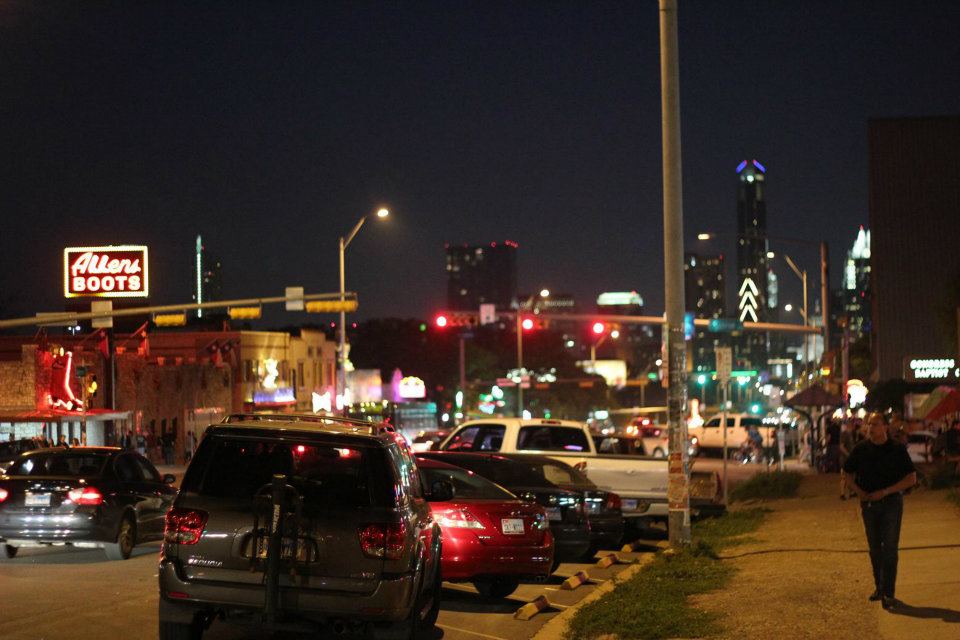 I don’t think I will ever get sick of South Congress.

The street is so busy with life and things to do and see, it’s just the best. There are lots of shops you can browse through with plenty of wacky clothes, costumes, jewelry, boots (duh) and antiques that add to the “weirdness” of Austin. And if you and whomever you’re with are having trouble settling on a place to go out to eat, just visit South Congress and take your pick.

They have different restaurants with the best pizza (Home Slice), burgers (Hopdoddys), Mexican food (Guero’s Taco Bar), and even seafood (Perla’s). You can’t go wrong with any of them.

Make sure you also visit Hey Cupcake for dessert, one of Austin’s most popular food trucks. If you’re a coffee lover like me, great places to get your fix would be Jo’s (which is also home to the “I love you so much” wall) or the new TOM’s coffee shop (2nd one to the original!).

If you’re still around when the sun goes down, you can walk toward the Congress bridge and watch the bats fly out, a popular dusk activity through the end of summer.

Also, the view of Austin from this street at night is just unbeatable, trust me.

4. Brave a night on 6th street 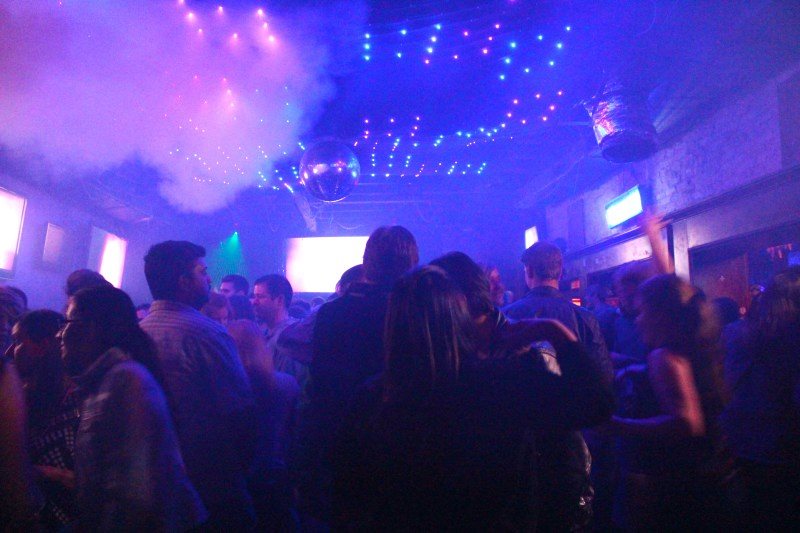 There are actually three parts to 6th street that you may not be aware of: West 6th, East 6th, and Dirty 6th.

The one that is notorious throughout the country is Dirty 6th, which is located in between the other two on the left side of the main highway that runs through the city. If you like dancing and cheap drinks, you’re in the right place. I would recommend going on a Thursday night if you can since it’s always less crowded and there are more drink specials going on. Plus, Thursdays are the best nights for going dancing at Barbarella’s when they play oldies music (for those sick of the same Top 40 music and watching people grind on each other at clubs).

West 6th isn’t as bad as Dirty (although lately it’s been getting worse), and East 6th is way more chill and known for where the “hipsters” like to go. East 6th also has a great selection of food trucks!

But if you’re still determined to have a Dirty 6th experience, I would recommend the bars Shakespeare’s, The Blind Pig, or Cheers (mainly for their awesome shot concoctions).

If you are a girl in a group of other girls and get to Dirty 6th semi-early, you will more than likely be offered free drinks from bars trying to make it look like their bar is “the place to be.” Take advantage of it.

Oh, and you can never go wrong with 6th street pizza at 2am, you just can’t.

5. Take a tour around the city 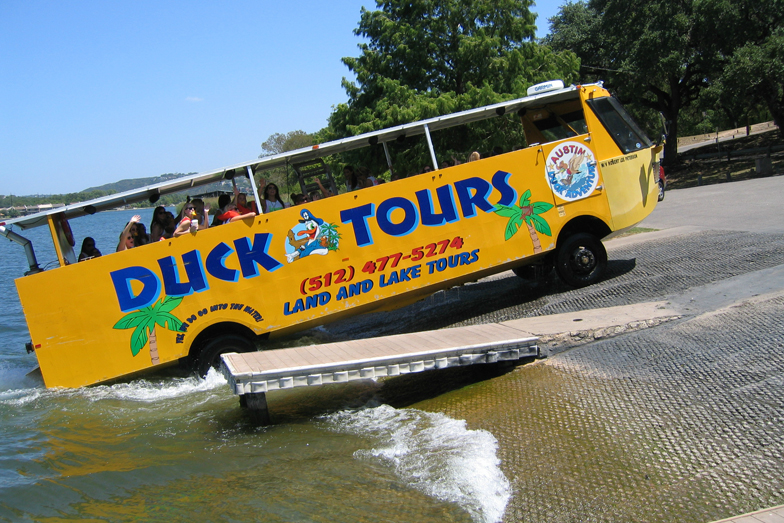 There are so many great tours to go on throughout Austin, so I chose my top three. 🙂

Austin Duck Tour: If you are a tourist exploring a new city, you can never go wrong with a tour like this. I have yet to go on a Duck Tour in Austin, but I’ve been on one in Seattle and Boston and they are the BEST. You always learn stuff you never knew about the city, and the drivers are super outgoing and seem to really enjoy what they do.

This tour takes you by the Capitol and down 6th street (in case you didn’t wanna do the above, haha) among other historic scenes, and then it takes you into Lake Austin for a great view of the city. If I ever had a short time visitor who wanted to know what Austin is all about, this is the tour I would take them on!

Austin Eats Food Tour: Even after living in Austin for almost 6 years, I have barely grazed the surface when it comes to trying different restaurants and food trucks. And new places are sprouting up all the time! If you’ve always wanted to know what kind of awesome tastes Austin brings to the table but don’t have time to try them all (I mean, who does?), then you should definitely go on this tour.

They have 3 different kinds: one for walking that takes you down South Congress (takes ~3 hours), one for bike riding that takes you to places around East Austin (~4 hours), and one that will drive you around central Austin to try out different food trucks (~3 hours).

You’ll go to several different places eating small portions of each, but by the end you will definitely be full. In a good way, of course.

SegCity Segway Tour: When I moved to Austin for college, I never felt the need to do any tours around the city because I had been to Austin before (as had my parents so they didn’t care either) plus my hometown was only an hour away. But I do have a few friends who actually did move pretty far from their hometowns and took multiple tours around Austin, and they all swear by this one.

The whole tour is about 6.5 miles; it takes you all around downtown and then ends at the Capitol (where you can ride around on your own for awhile). My friends say they learned a lot about Austin through this tour and even discovered places they hadn’t known about before!

I would give this tour a chance if you’re wanting a more authentic experience around the heart of Austin.

Thanks for reading! Anything else you’d like to know about Austin? Let me know!