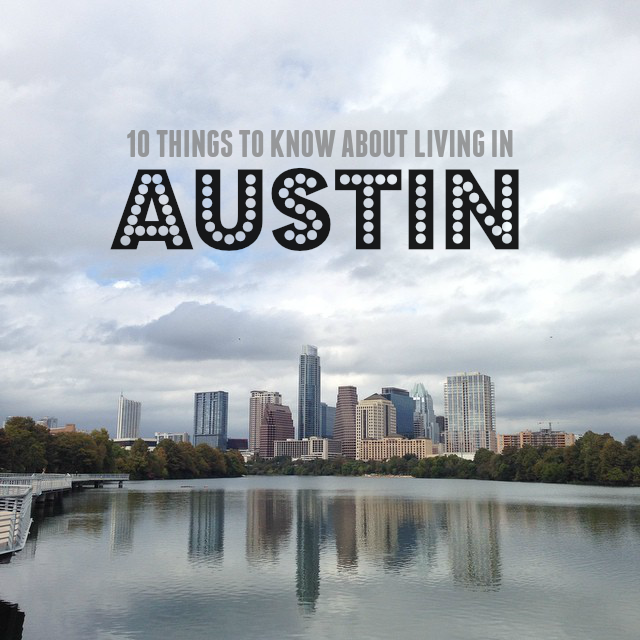 (THAT NO ONE ELSE WILL TELL YOU)

The people really are weird.

Our motto has never rang so true. In Austin, it is accepted encouraged to let your freak flag fly. I mean, we’re talking about a city that idolizes a half-naked homeless man and celebrates a fictional character’s birthday every year with yoga & body-painting. We have guys that ride bikes around in just a thong, and I’ve seen someone walking around Zilker park in a gorilla suit on a hot day for no reason.

During college I sat next to a dude wearing a horse mask in my PR class with no explanation (it wasn’t even the month of Halloween), and I almost got knocked over by a girl riding her unicycle around campus. Oh and the fashion is just as weird, but I love it.

Who wants to be normal anyway?

If your pet was not a rescue, prepare to be lectured.

Whether you own a dog, cat, bird, or hippopotamus, I hope (for your sake) it was adopted. I don’t own a pet as of now, but anytime I even bring up the idea of maybe getting one I am always told “make sure you adopt” which then leads to a whole discussion about the pet buying industry and the mistreatment of animals and so on…

I’ve had a couple Austinite friends who did not adopt and actually felt the need to declare on Facebook their defense for not adopting. And if you don’t get a lecture, you are more than likely being secretly judged. People are very proud of their rescued pets, and they will not hesitate to tell you all about it. (side note: I actually like hearing the rescue stories!) In every city, there’s a side to it that people always warn you about. For Austin, it’s Riverside. But ya know, I lived in the Riverside area for three years & nothing bad ever happened to me. In fact, one time while grocery shopping on Riverside I left the trunk of my car wide open on accident exposing my laptop inside, prime for the taking. After an hour of shopping I came out and it was still there.

I’ve also never been stabbed on that side of town which is a pretty good sign, right?

Riverside has a few good hole-in-the-wall restaurants, affordable living, and it’s super close to the main river that runs through Austin where people like to jog & whatnot. So don’t judge until you’ve really experienced it, I say!

BBQ is not a joke.

Every year I tell myself I’m going to finally muster up the courage and go wait in line at Franklin BBQ, and every year I fail. People get in line by 7am or sooner to wait hours for BBQ that they might not even get! When my out-of-town friend came to visit, we showed up around 10am to wait in that line (he was determined), and after finding out we wouldn’t be served until 5 hours later, we gave up and went to another BBQ joint called Micklethwait Craft Meats. It was delicious, and we only had to wait about 30 minutes.

Another great BBQ establishment is The Salt Lick, home to that beautiful pit you see below. Everyone in Austin has their own opinion about who makes the best BBQ, and they will fight you to the death to defend their favorite.

As for me, I don’t care. Just gimme all the briskets plz. 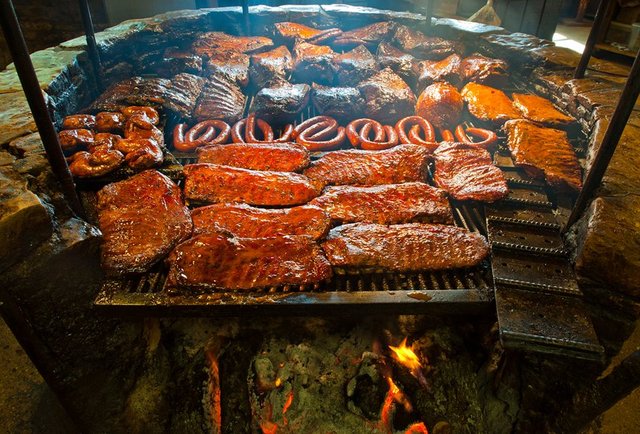 We don’t know the meaning of “free parking”

This mainly applies to the central part of the city. Any time I’m invited for a night out downtown, or even just to go get dinner, I always calculate how much I’ll end up spending with parking included. If there’s an event going on even near DT, I just won’t go. Sorry, but I’d rather not spend $20+ to park my car 10 blocks away in some sketchy lot with no lighting at night.

There are a couple restaurants that may have some free spots available behind their establishment, but it’s usually like 10 or less spaces that are always filled up. Always. Most places want you to just give up completely and use their overpriced valet.

Your best bet is street parking (which still costs money), & if you by some miracle happen to find a spot remotely close to where you’re going – well you just won the lottery, my friend.

The UT love is real.

When you move here, you can root for any national league team you want, we don’t care (because we don’t have any). But as for college sports, you now have to bleed burnt orange. It’s specifically written in whatever type of contract you signed when you decided to move here. “But I don’t even like sports.” Just cheer when you hear everyone else cheering, and you’ll fit right in.

Alright alright, I’m kidding (kind of). But honestly, UT is such an integral part of Austin that you can’t help but feel proud whenever it has won a game &  you see the tower light up the skyline in victory. A lot of people I have met didn’t even go to UT, but you can still find them wearing burnt orange on game days or sporting a longhorn decal on their car. 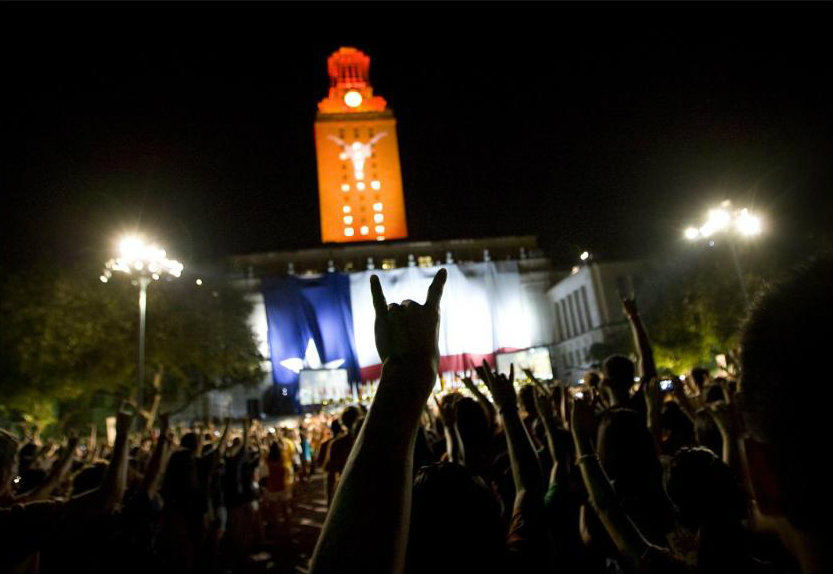 Love the environment, eat healthy, & exercise… or else.

Or else you may feel a bit left out, haha. Hear me out. People are so environmentally conscious here that it has become painfully obvious if you are not. Drive a Hummer or a giant truck? Everyone hates you. Use plastic bags instead of reusable bags? Hate hate hate. Don’t recycle? Loathe entirelyyyy.

But seriously, Austin takes pride in caring for itself. As for the healthy aspect… A lot of people you meet here will either eat organic everything, paleo, gluten-free, Whole 30, Whole 300, Whole Shablagoo, & they have all definitely done a juice cleanse sometime in their life.

On any given day there will be no shortage of joggers or bike riders, and don’t even get these people started on yoga. It also feels like there’s a different marathon or 5K going on every other week. But if you’re like me and are not a health-nut, prepare to get fat because we literally just eat tacos for every meal (no complaints here).

Traffic. ALL THE TIME.

If there was no traffic in Austin, you could go anywhere around the city in about 15-20 minutes. But no. And it’s not even just rush hour traffic. Every hour is rush hour traffic. The photo below? That was taken at 3pm on a Wednesday. We’ve been saying that we need a new system for years, but nothing changes.

Austinites love to complain about traffic, myself included.

Most of my friends here live on the north side, and I plan my time to hang out with them when I know there will be the least amount of cars on the road as possible. Either that or I try to convince them to come to my area, haha.

So sorry to go all “basic” on y’all, but I just can’t even with Austin traffic. 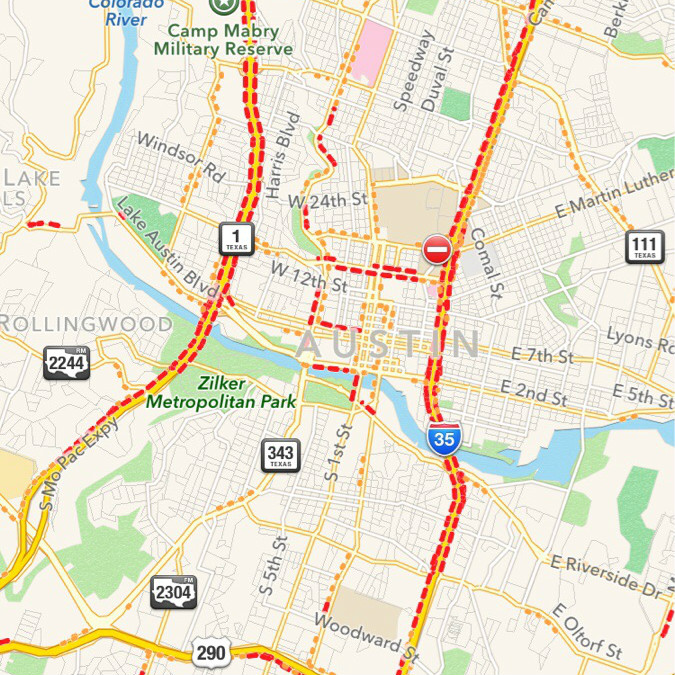 People judge you based on how long you’ve lived here.

Austinites love to gloat if they’re actually from Austin. I have met a few people who might as well have said, “Oh you’re a transplant? Well I was BORN HERE, and therefore I have power over you, so bam! In your face.” It’s pretty funny. Some of these said people aren’t even really from here but were raised on the outskirts of the city like Cedar Park or Round Rock.

Lord help you if you just moved here. Or God forbid if you’re even thinking of moving here. Don’t tell Austinites that, trust me! They’ll just tell you to move to Dallas.

Everyone is actually really nice.

I know parts of this post make Austin seem like it’s run by a bunch of pretentious snobs (and ok, maybe sometimes we can be, but whatevz), but it’s really not.

I have been all over Texas – San Antonio, Houston, Dallas, Waco, South Padre, Lubbock (not West Texas because there’s nothing out there) – and honestly, you will not find a nicer community than the people of Austin.

Even just last month I stopped by a gas station to pump air in my tires and realized I had no quarters when this homeless man came up to me and gave me change; I offered to buy him a Subway sandwich or something, but he just laughed & said it was no trouble.

Idk y’all, it must be all the sunshine we get or maybe there’s something in the water, but people here are just straight-up JOLLY.

It never gets old. 🙂 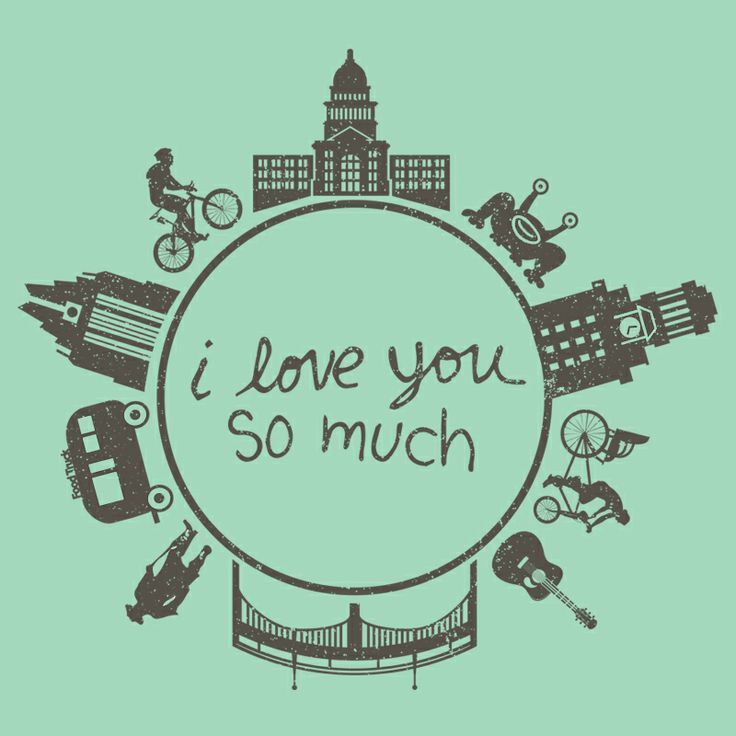