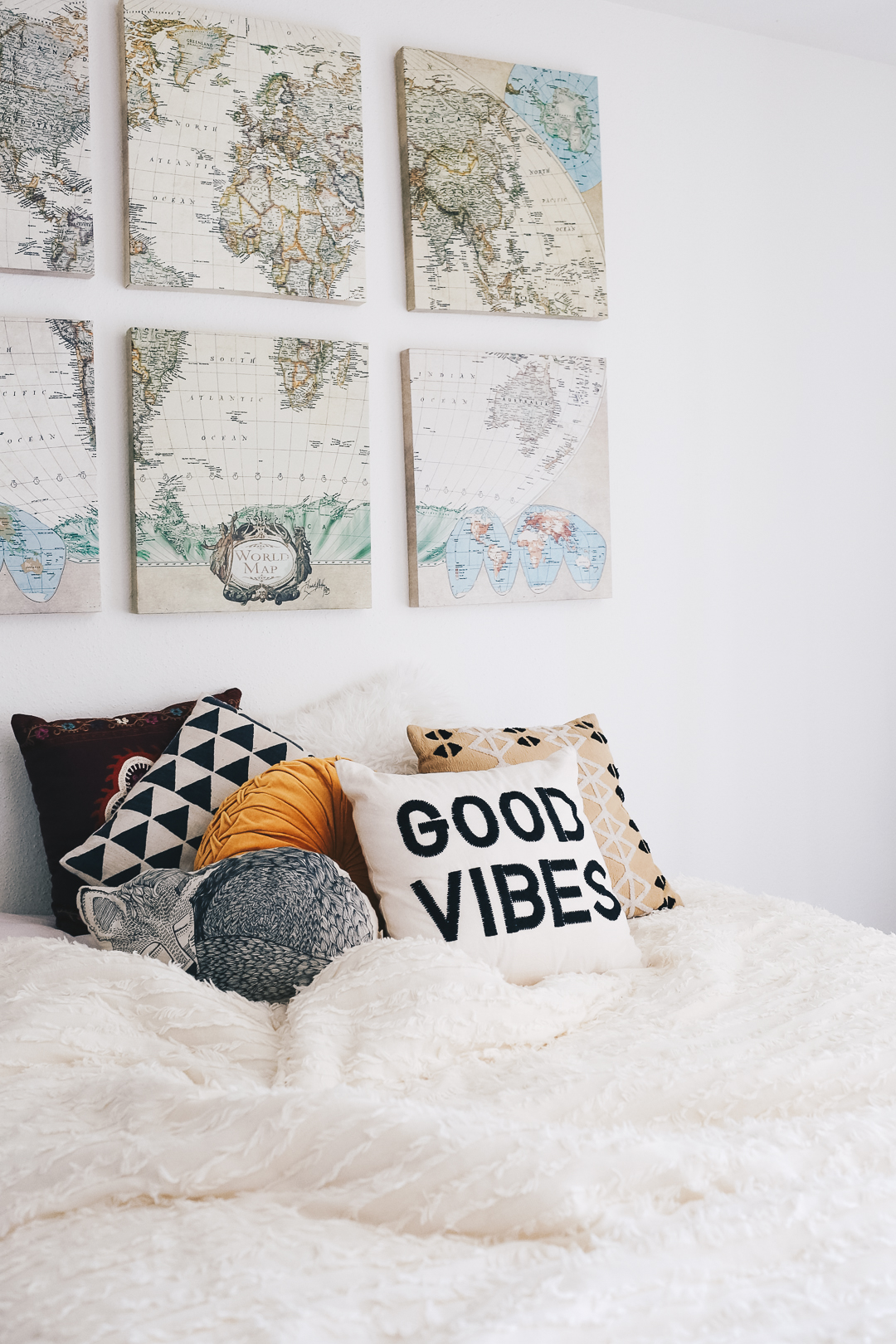 Watching: I’ve been re-watching all seasons of The Office for like, the billionth time. I took a quick break to watch Stranger Things and The Night Of, but one of the first things I do in the morning is put on The Office. Michael Scott just puts me in the best mood! (That’s what she said?) I just noticed the second season of Narcos is on Netflix though, so I’ll definitely have to tackle that soon.

Listening to: I’ve been listening to Grouplove’s new album Big Mess a lot lately to get me pumped for their show I’m going to in November. I’m so stoked! Also, that song Starboy by The Weeknd has been stuck in my since he released it.

Eating: I’m trying my best to go out to more Austin places I haven’t been to yet rather than my usual favorites. You could honestly go to a different restaurant every day in this city and still not cover them all. The other day I went to Bufalina which was sooo good! Their pizza reminded me of Italy.

Wanting: I really want to be Dustin from Stranger Things for Halloween this year, but I feel like that would work better in a group costume—which I don’t have enough willing friends to make that happen, haha.

Wearing: Dresses where you don’t have to wear a bra have been my JAM lately. My off-the-shoulder pieces are in constant rotation, but I’m loving this Urban Outfitters halter dress with the coolest back detail ever that I wore in my last outfit post—I’m wearing it right now!

Enjoying: The beautiful weather we’ve been getting lately. The other morning I stepped outside to a chilly 63 degrees, and I wanted to dance from pure joy. It was the first time I put on a jacket/pants since I was in Europe this past June! Who knew I would be so stoked about wearing pants?

Hoping: that my stepbrother wasn’t just blowing smoke when he said he could get me a ticket to see Taylor Swift in concert next week. I’ve never seen her live because I’m poor, and IT’S THE ONLY THING I WANT IN LIFE.

Planning: on writing a future blog post about every thing I took to Europe and how I was able to pack it all in just a backpack and make it last 6 weeks. People don’t know how I did it, and I want the world to know (or you know, who ever is reading). In the meantime, you can read the top 10 most important things I pack with me when I travel abroad!

Loving: my new bed spread from Urban Outfitters (pictured above). The cream color gave my whole room a lighter feel, and it’s so cozy! I’m terrified of getting it dirty though. I don’t know how people with pets and babies do it!

Best moment of the past week: Getting to go to ACL! I wasn’t planning on going, but then I got major “FOMO” and changed my mind. I haven’t been since 2012! I’m so happy I went; it was a blast.

Worst moment of the past week: I had to cancel an upcoming trip to Portland I booked in August due to unforeseen circumstances… It’s a bummer, but someday I’ll go back.

Favorite thing on the internet right now: 18 Situations That Are Real As !@#$ When You’re Single. 10/10, would read and relate to again.