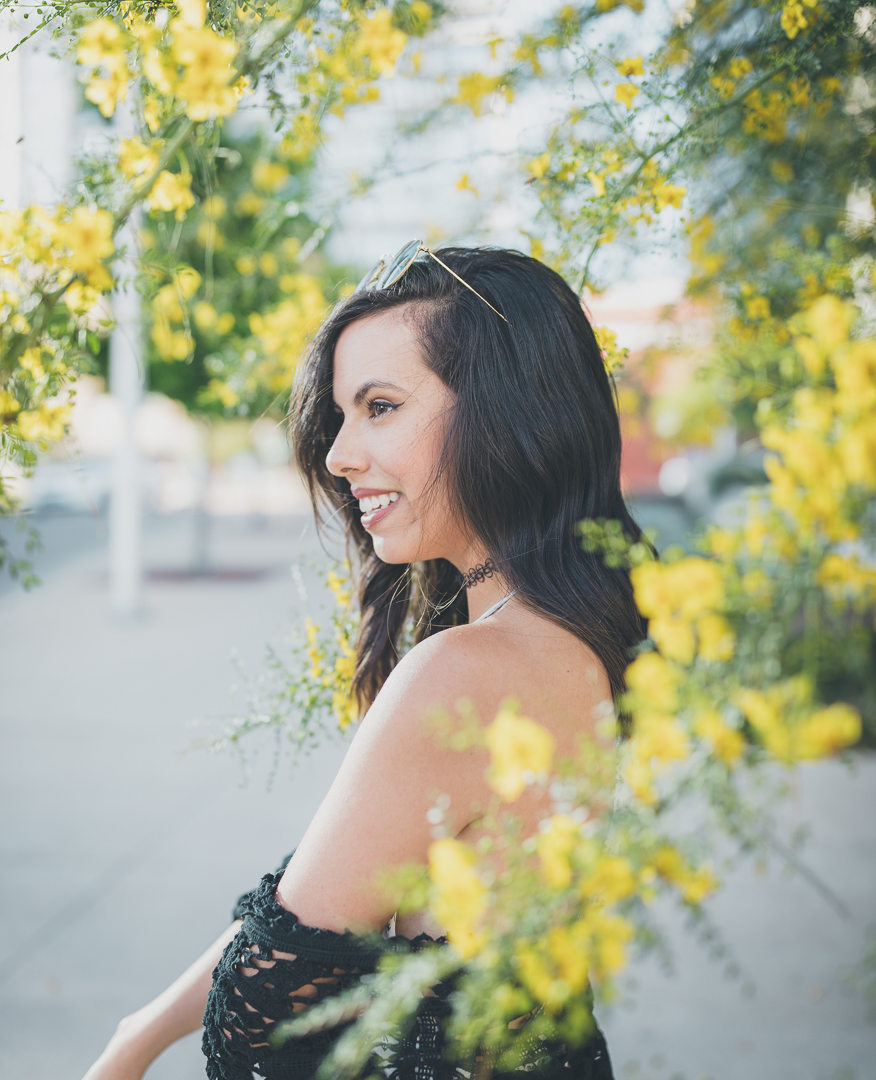 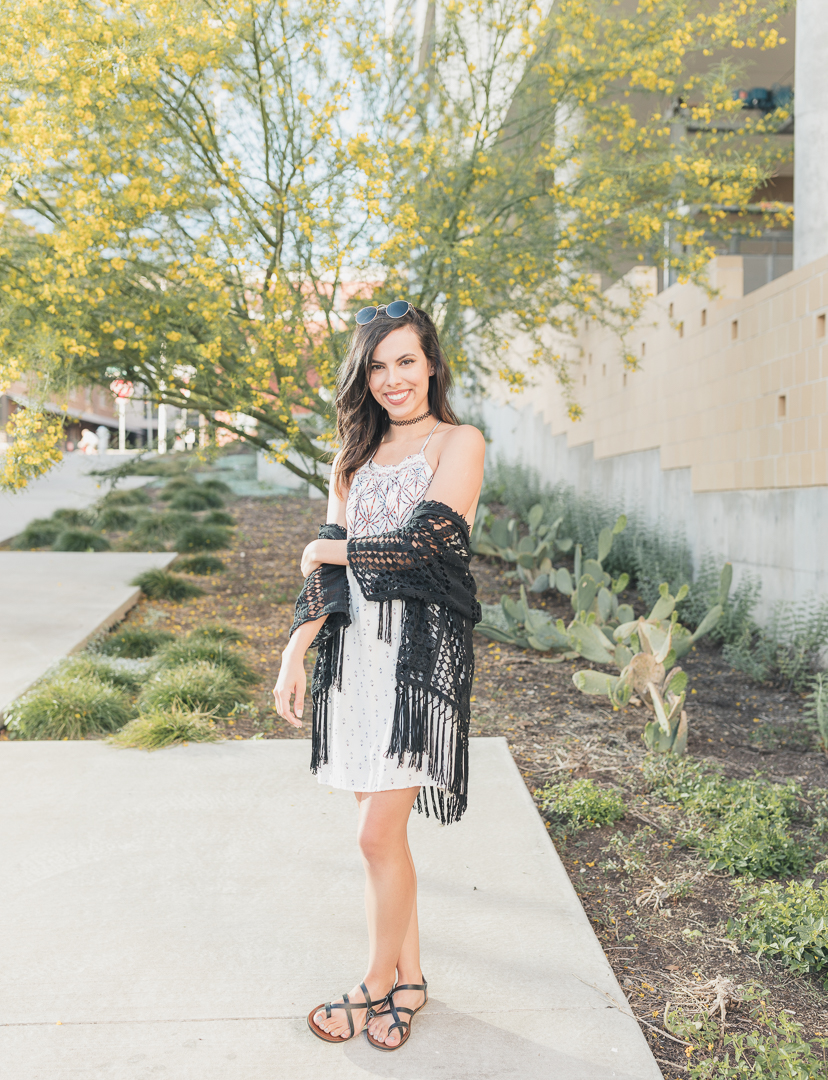 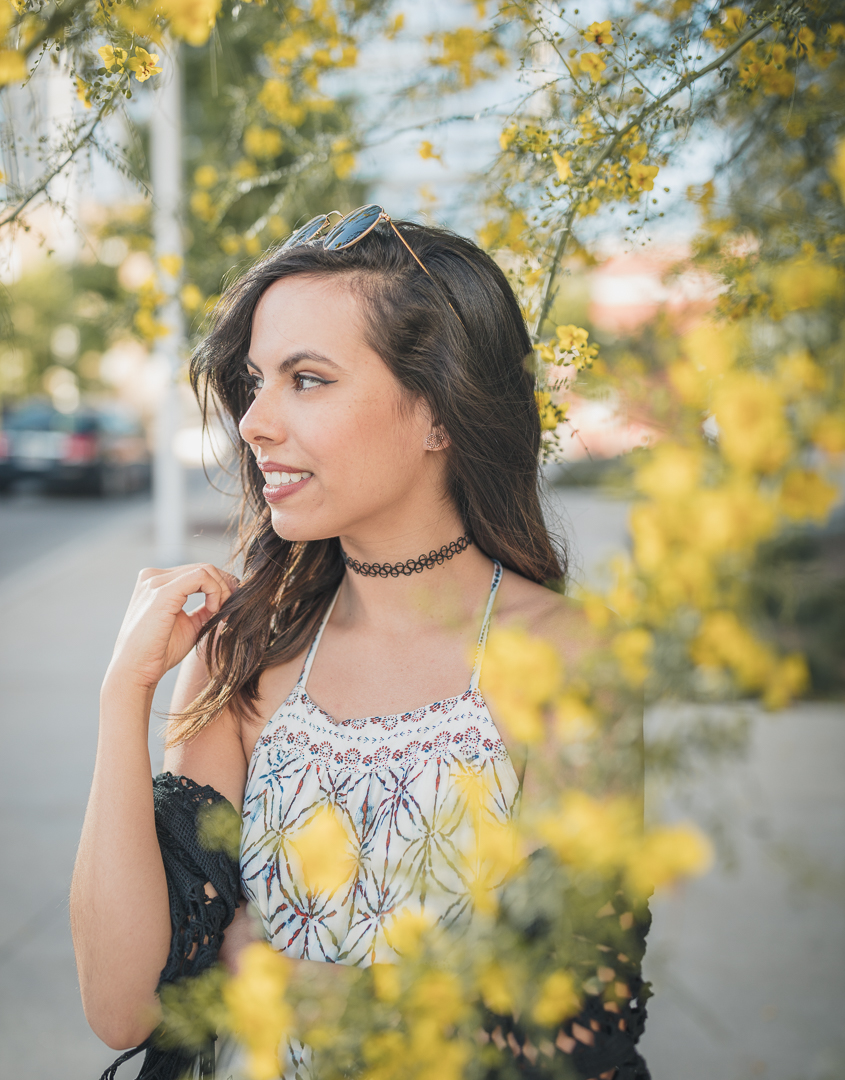 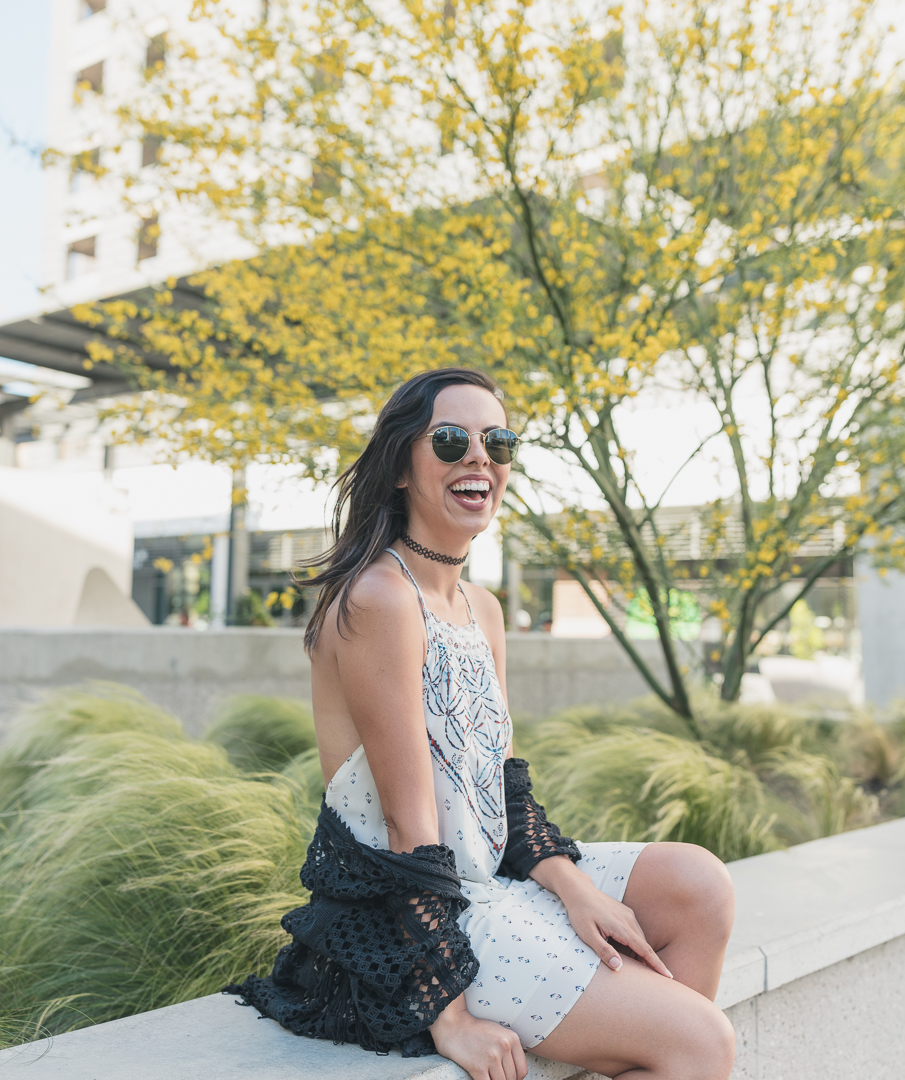 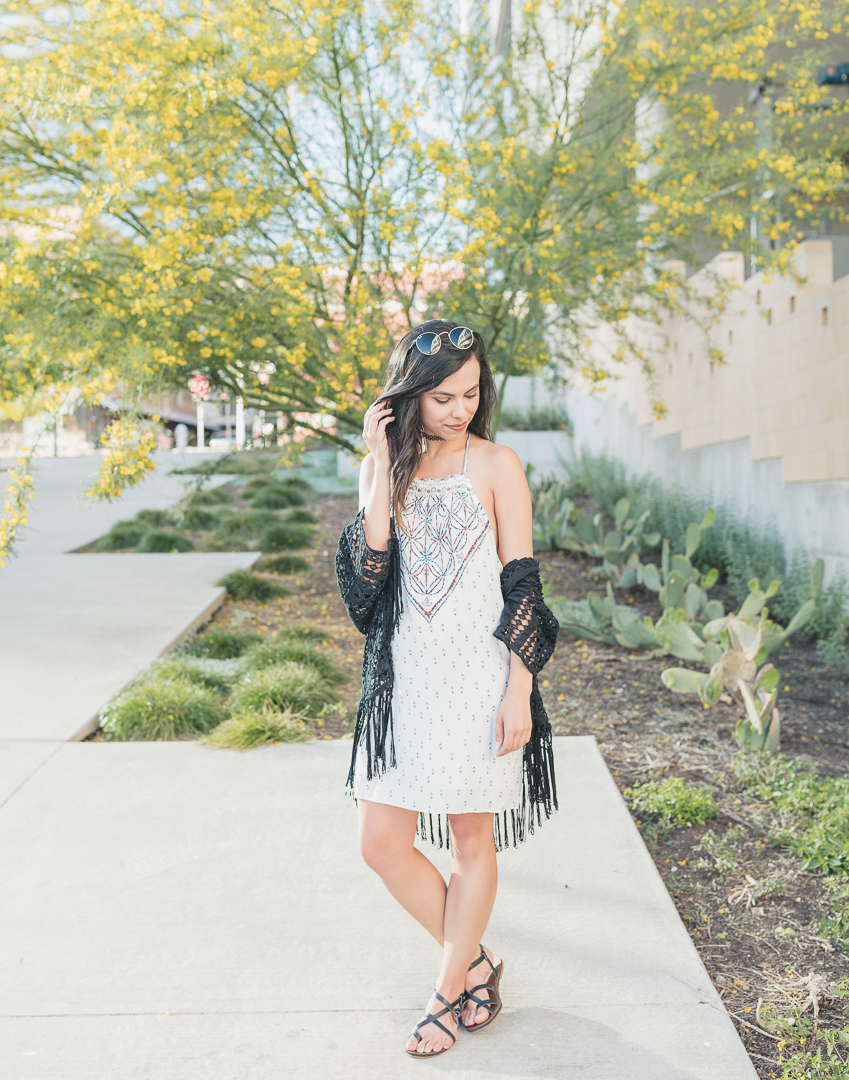 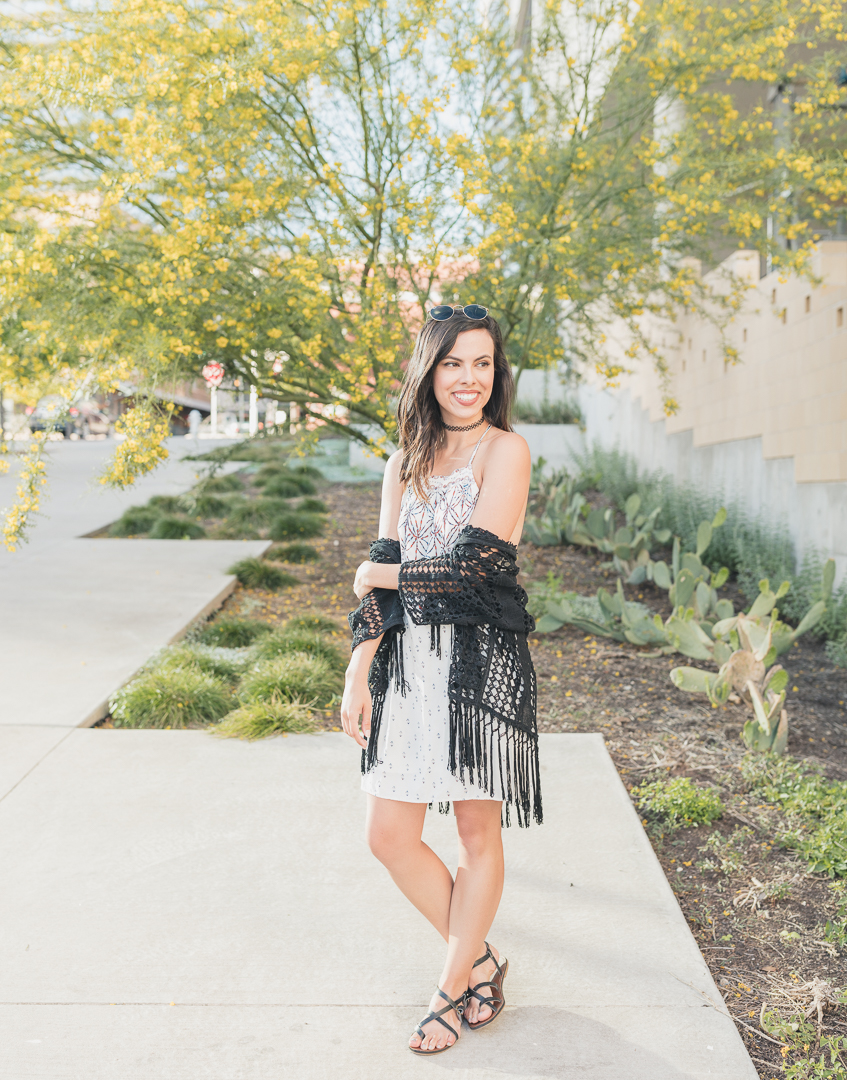 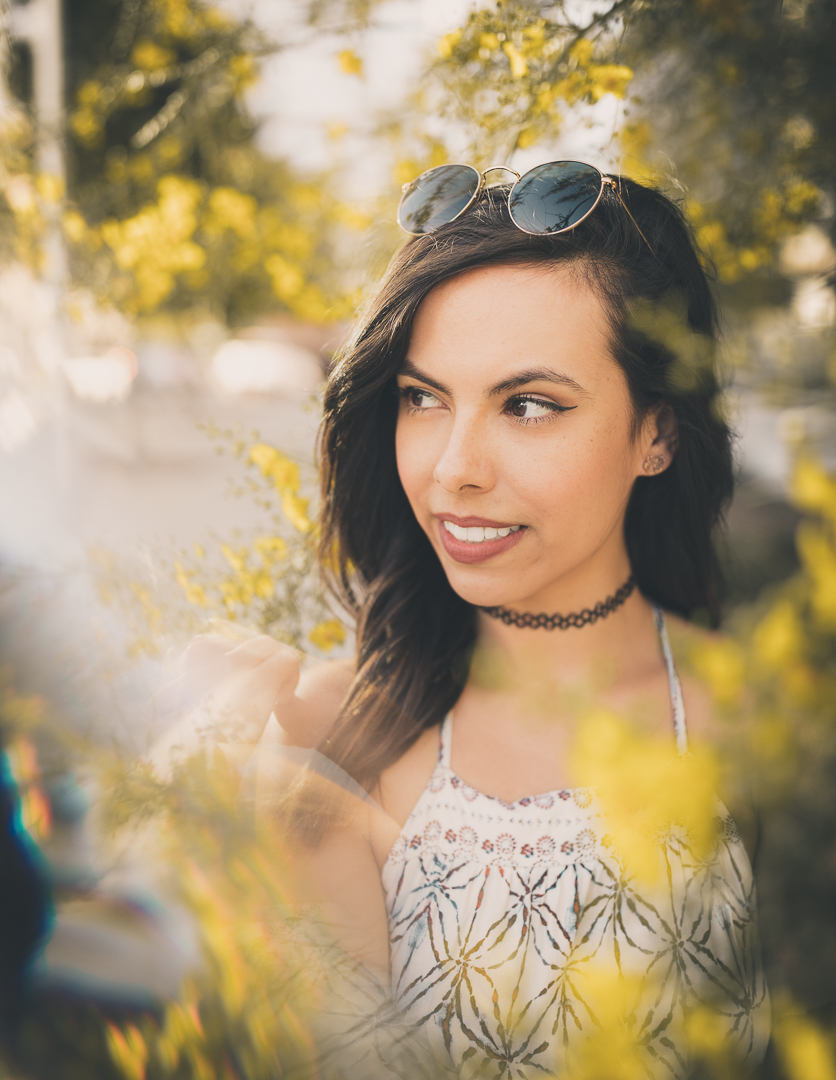 I don’t know if this is TMI, but lately I’ve been really into not wearing a bra. During the winter I was wearing baggy sweaters to work everyday, so I would only wear a tank top underneath which had no need for the extra support. This must have spoiled me in some way because now wearing a bra is so uncomfortable!! I’ll even avoid wearing certain clothes because they “require” a bra. As a result? I’ve been hangin’ out in this dress (seen above) a lot; it has an open back and a halter neckline that makes it perfect for ~living free~ if you know what I mean. My only complaint is that I can’t wear it on a windy day, otherwise everyone would see a side to me they didn’t ask to see. Yikes.

Alright, sorry for the oversharing, new topic… I absolutely adore these photos, and I love telling people about how those flowers around me were covered with bees (I’m so brave). If you had told me a year ago I’d be not only able, but willing, to stand in a tree with a bunch of swarming bees buzzing around me and barely flinch, I would have bet A LOT of money against you. But that’s basically what happened with this shoot. It was my new photographer friend Nikk‘s idea to place me in the tree, and at first I was nervous, but after seeing the result I was like, “Let’s go again!” Who am I? I’d like to say I’m someone who has conquered her fear of bees, but really I’m just a girl who will do anything for a good photo. Judge me.